This document summarizes key results of the project "Interconnections of river infrastructures, human usages and biodiversity in co-evolution" (INTERCONNECT), which aimed to analyse the evolution of riparian biodiversity and human activities in river areas in interaction with the expansion of various transport and energy generation infrastructures. The final objective was to suggest measures of infrastructure adaptation, that promote the restoration of biodiversity, while taking current human usages into account. The study sites for conducting this analysis are located on the Upper Rhine as well as on the Danube and its tributary the Inn in the border area between Austria and Germany. This focus on border regions was made intentionally in order to identify differences in biodiversity development, activities and governance between countries "sharing" a river.

The development of a dataset on alluvial forests and its interpretation by using innovative spatial methods was the core of this work. The results show that the floodplain forest has often served as a sort of space reserve that can be converted into useful productive areas, such as villages, waterways and roads. Nevertheless, forest areas have increased at the Kembs and Iffezheim sites, and barely decreased at the Strasbourg site. The findings for the Inn/Danube sites are similar. The innovative use of transition matrices has enabled us to observe transitions between different types of land use. In particular, we fond: (1) a shift from agricultural to forest areas, (2) an increase in the fragmentation of forest areas, and (3) a smaller fragmentation of agricultural areas, which have simpler forms over time (see next page).

WP 1 also highlighted the multitude of causes of changes in aquatic macroinvertebrate and fish communities (water quality, hydrology, invasive species, habitat modification). Although strongly shaped by river development, these communities have also changed in relationship to significant changes in water quality. In addition strong habitat changes that are not only related to the development of linear and hydroelectric infrastructures have had a tremendous impact. The canalisation/rectification of multi-channelled rivers, the containment of devastating floods, the stabilisation of river banks or the gain of arable land are among the most commonly cited causes in this regard. 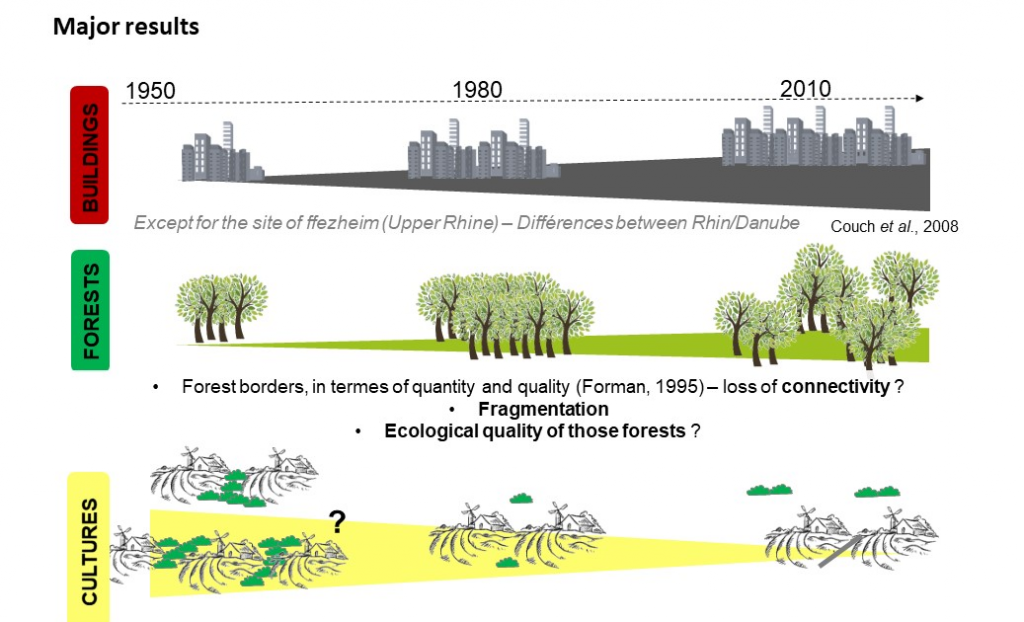 Figure 1 : Summary of processes of land use changes

The second work package has developed a complementary perspective, focusing on the relationship between infrastructure networks and various human activities, be it economic or leisure ones. This work was realized for 4 of the 6 sites from WP1. The results show distinct characteristics per site, but also cross-cutting trends regarding human activities and their relations with infrastructures.

The Engelhartszell-Jochenstein site is characterized by a strong development of leisure activities, mainly touristic ones on the river banks, which reinforce each other and benefit from mostly favourable infrastructural conditions. By contrast, there has been a decline in activities that are locally “anchored” (fishing, agriculture), which have been pushed back by the progressive development of river infrastructures and the economic activities they enable.

The Passau-Ingling site differs from Engelhartszell-Jochenstein by the lower complexity of the relationships between activities and infrastructures. There are fewer major infrastructures and the number of identified activities is smaller. Among these usages, there is a prevalence of recreational activities along the waterfront (cycling, hiking) and on the water (rowing, kayaking and canoeing). It seems that each of these activities has found "its own little space" where it is relatively undisturbed by other activities and benefits from the existing infrastructures. Similarly, it is interesting to note that, compared to our other case studies, the activities found on the Passau-Ingling site are more strongly locally embedded. There are almost no usages that extend geographically beyond the site.

In Strasbourg, the development of the Rhine for transportation and power generation is decisive for all usages. There are two types of activities that evolve in parallel and only interact with each other occasionally. On the one hand, the French bank is strongly shaped by the autonomous port of Strasbourg, the water way and the hydroelectric power plant which enable industrial activities. On the other hand, there are leisure activities, notably cycling and fishing. The infrequent encounters between the practitioners of economic and leisure uses do not create severe conflicts.

In Kembs, a strong appropriation of the Old Rhine and the Rhine Island by the practitioners of leisure activities is opposed to an almost exclusively economic use of the Grand Canal d'Alsace. Few conflicts have been reported in the sector, apart from certain frictions between cyclists and infrastructure operators. It is necessary to improve the access to the Rhine Island and the Old Rhine for the inhabitants of the French municipalities, in particular Rosenau.

Beyond these site-specific dynamics, it is remarkable that certain groups of activities experience similar trajectories of progression or regression on all the sites observed. This observation leads us to conclude that certain activities are "winners" and others "losers" of the expansion of river infrastructures. Three recurring oppositions can be distinguished:

The contrast between mobile and static usages seems to be the most marked. There is a very dynamic development of activities that are practiced on the water ways (mainly shipping traffic, especially cruises, but also to a lesser extent kayaking or rowing) or on the river banks with their increasing networks of linear infrastructures (cycling, hiking). These activities benefit directly from the maintenance of the banks and from the (today) multiple possibilities for crossing the rivers as well as stable water bodies, both of them enabled by river infrastructures.

To conclude our work, a third, more prospective work package aimed to explore possibilities of infrastructural adaptation to reconcile human usages with the restoration of biodiversity. To this end, we organised participatory events on two of the sites that we found particularly interesting due to the complexity of issues at stake: Strasbourg-Kehl and Jochenstein-Engelhartszell. We first conducted a "group delphi" with ecology experts from several disciplines and organisations. This enabled us to identify the most promising ecological restoration measures from a scientific point of view. It was planned to hold two focus groups with stakeholders to evaluate the measures suggested by the scientific experts. However, only one focus group could be carried out as a consequence of the health crisis (Covid-19) and the recruitment problems we had to face as a result. Table 1 summarises the different measures that were discussed and their importance. 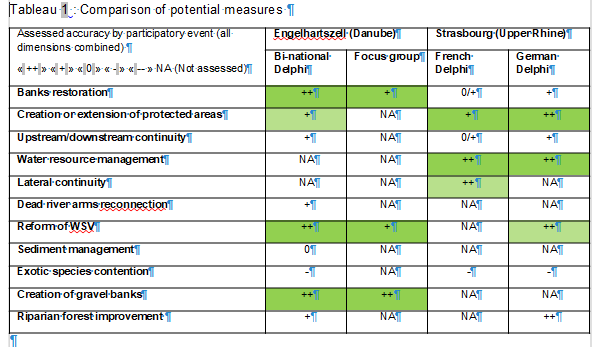