ITTECOP is a research program created in 2008 by the French Ministry of Ecological Transition (MTE), in coordination with Ademe (French Agency for the Environment and Energy Management), in the framework of the first governemental strategy for biodiversity. With six calls for research proposals (2008, 2009, 2012, 2014, 2017 and 2020) ITTECOP contributes to a strong reflection on the integration of ecosystem and landscape issues in the development and implementation of infrastructure projects or the adaptation of existing facilities.

The program deals with land transport infrastructure rich variety, whether waterways rail, road or energy infrastructure, as well as their interrelations with the territories: stations, ports or airports. The effects of ILTe are analyzed, according to their scale, from several complementary angles: ecological, territorial, social, economic, landscape or heritage.

The MTE’s research and innovation department is in charge of steering the national ITTECOP research program. It guarantees the independence of the Scientific Council (SC) and the excellence of the research conducted. The program is carried out in open collaboration with ADEME, the French Office for Biodiversity (OFB), the members of the Linear Infrastructure and Biodiversity Club (CILB) and the Foundation for Research on Biodiversity (FRB). The Steering Committee defines the strategic orientations of the programme by expressing the needs of operational managers.

ITTECOP participates in international collaboration. As a member of the research networke IENE (Infrastructure and Ecology Network Europe), it actively accompanies future European research and innovation orientations carried out in the H2020 strategic project BISON (Biodiversity and infrastructure Synergies and Opportunities for European transport Networks). It also contributes strongly to international coordination with the Sustainable Infrastructure Partnership, the UICN (Center for Large Landscape Conservation) and the Kheops research program.

Fundamental and applied research projects, which may run for up to three years, aim to answer scientific questions by adopting multi-disciplinary approaches and comparing different types of linear infrastructures.

Exploratory projects, which may run for up to one year, involve the prospective analysis of emerging, controversial or insufficiently defined subjects, both by operators or as part of fundamental research.

Incubator projects aim to result in the submission of ambitious research projects as part of ANR, H2020 or Life+ calls for proposals.

The wealth of existing literature on LTIs needs to be synthesized so its full potential can be tapped. The so-called “systematic review” method assesses the quantity and quality (trustworthiness) of all available knowledge, in order to draw unbiased and clear conclusions.

Partners of the call for proposals

ITTECOP is an incentive-based research programme led by the French Ministry for Ecological and Inclusive Transition (MTES), with the support of the French Environment and Energy Management Agency (ADEME). The programme, which was launched in 2008, focuses on all kinds of linear land transport infrastructure (road, rail, river and energy) and interfaces with local territories (train stations, ports and airports). Depending on scale, the effects of linear transport infrastructures are analysed from the perspective of ecological, social, economic, landscaping, heritage and other considerations.

For more information: Information on the research projects supported by the programme since 2008 can be found on the website www.ittecop.fr. A web documentary, featuring reports and interviews with researchers, is also available at www.ittecop.fr/webdoc4-3/.

The Club of Linear Infrastructure and Biodiversity (CILB) is an informal group of organizations which have signed the June 2011 founding charter. It seeks to deepen businesses’ commitments to biodiversity. For this call for proposals, members ASFA, Eiffage, ENEDIS, GRTgaz, LISEA, RTE, SNCF Réseau, TIGF and VNF have invested around €700,000.

The Foundation for Research on Biodiversity was created in 2008 by the Ministries of Research and Ecology and by eight public research institutions (BRGM, CIRAD, CNRS, IFREMER, INRA, IRD, IRSTEA and MNHN). It brings together a range of scientific and operational stakeholders working on biodiversity. Around 200 organisations, non-profit groups, businesses, developers and local authorities have joined the FRB to pursue the common goal of promoting research and innovation for biodiversity. www.fondationbiodiversite.fr

The call for proposals is supported by the Infrastructure Ecosystem Network Europe (IENE), a European research network founded in 1996. IENE brings together researchers and operational actors from more than 50 countries who specialise in interactions between infrastructure and biodiversity. www.iene.info 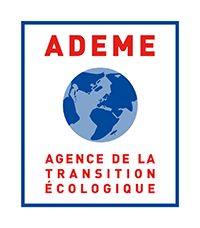 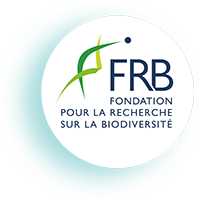 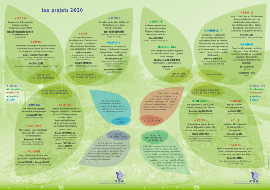 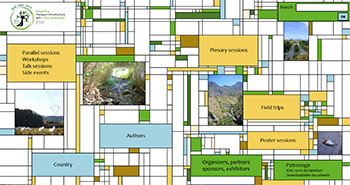